The Master of Mountain Bike to race at the 2021 UCI Mountain Bike Marathon World Championships. Schurter aiming for his only missing title 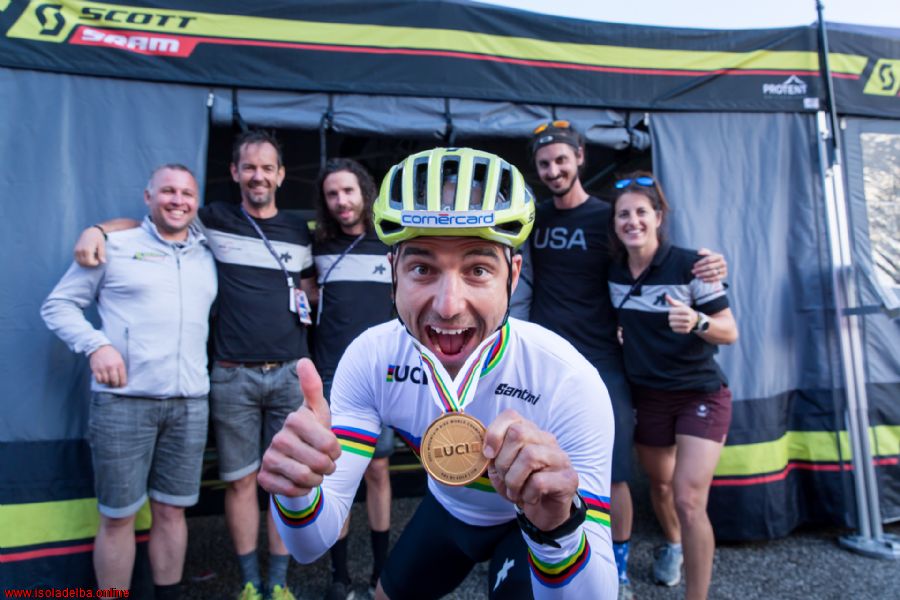 On October the 2nd, in Capoliveri, among the many champions of the mountain bike marathon (XCM) specialty, Switzerland’s Nino Schurter will aim to put the cherry on top of the cake of a career like no other.

The  Mountain bike master, aka Nino Schurter, will compete for the title of Mountain Bike Marathon UCI World Champion on Saturday, the 2nd of October on the Island of Elba. The nine-time cross-country Olympic (XCO) UCI World Champion, Olympic Champion, European Champion and multiple winner of the UCI World Cup, pointing firmly to the only title missing from his trophy cabinet.

The race will be the toughest ever. The route includes an opening section, followed by a 35km lap, to be repeated three times for men and twice for women, ending with a final stretch that will lead to the finish line of Corso Italia in Capoliveri. For men it will be 115 km for 4,500 meters D+, while for women 85 km for 3,200 D+.

The course would not necessarily appear suitable for XCO specialists, given the expected duration of the race above 5 hours and 30 minutes. But we know that from phenomena like Schurter we can expect anything, and if N1NO has decided to participate, rest assured that it is not to make up the numbers.

Thomas Frischknecht's guys know Italy very well and Tuscany in particular, having a training base in Massa Marittima (GR), from where, very often, they move to the Island of Elba to train on the incredible trails offered by this mountain bike paradise.

It will be a first participation for the Swiss champion in the UCI Mountain Bike Marathon World Championships. Considering the high popularity of the route proposed by the ASD Capoliveri Bike Park, we expect the appearance of other top XCO specialists, some of whom tested the track as early as April on the occasion of the Internazionali d'Italia Series.